The In Translation film series continues with In Syria, a film by Philippe Van Leeuw.

Trapped inside her house in a city under siege, Oum Yazan, mother of three, turns her flat into a safe harbor for her family and neighbors, trying to protect them from the war outside.

When bombs threaten to destroy the building, when snipers turn the courtyards into deadly zones, and burglars break in to claim their dreadful bounties, maintaining the thin balance of routine inside the walls becomes a matter of life and death.

This film is rated R. 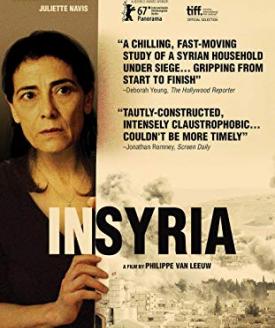