This week's film is Raisin in the Sun    Not Rated

When a newly widowed matriarch receives a $10,000 life insurance check, she soon learns her family has their own ideas on how to spend the money. Starring Sidney Poitier, Ruby Dee and Louis Gossett, Jr. 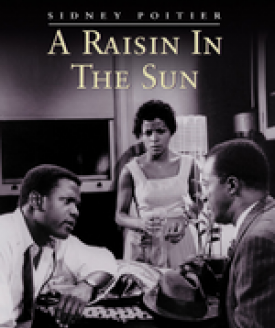