Please join us for the fascinating story behind Alexander Wolff's new book, Endpapers: A Family Story of Books, War, Escape, and Home, an examination of the lives of a German-American family separated by World War II.

Alexander Wolff spent thirty-six years on staff at Sports Illustrated. He is the author or editor of nine books, including the recently-released Endpapers, New York Times bestseller Raw Recruits, The Audacity of Hoops: Basketball and the Age of Obama, and Big Game, Small World, a New York Times Notable Book. Wolff is also a former Ferris Professor of Journalism at Princeton.

About His Book Endpapers: A Family Story of Books, War, Escape, and Home

A sweeping portrait of the turmoil of the 20th century and the legacy of immigration, as seen through the German-American family of the celebrated book publisher Kurt Wolff. Researched during the year the author spent living in Berlin, Endpapers details the extraordinary histories of the author’s grandfather and father: Kurt Wolff, dubbed “perhaps the twentieth century’s most discriminating publisher” by the New York Times Book Review, and his son Niko, who fought in the Wehrmacht during World War II before coming to America.

A discussion of this book will be held on Wednesday, April 13 at 6:30pm.  Copies of the book are available at the Library's Main Desk.

Join by Zoom to view the talk. Contact Barbara Shatara for link: bshatara@burlingtonvt.gov 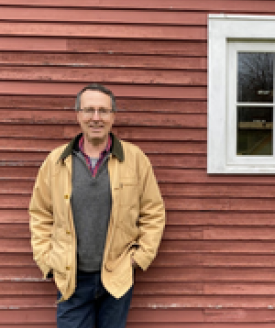 The Library will be closed on Monday, May 30 for Memorial Day.