In 2020, resolve to step out of your familiar reading routine and travel to parts unknown through literature.  We begin 2020 with one of the world’s newest and oldest languages – Modern Hebrew.   Our first book is And the Rat Laughed by Nava Semel with discussion lead by Lani Ravin on Wednesday, January 22 at 6:30pm.  This five-part short novel by Israeli novelist Nava Semel explores the complexity of memory, storytelling and the life of a story beyond its original telling.

And the Rat Laughed is a unique book. Unlike other Holocaust-related books that focus on the historical horrific events, this novel deals with the act of remembering them. It resembles a relay race in which the characters transfer memory from one another, while travelling on the axis of time. The book begins in the last day of 1999, when a survivor Grandmother in Tel Aviv shares her tragic life story as a hidden child in a pit, with only a rat for company with her granddaughter. The day after – 2000 already – the granddaughter tells the legend of "Girl and Rat" to her teacher and in 2009 those who heard it through her classmates establish an internet website with poems. From now on this memory is spread all over the world and becomes a myth. In 2099 a future anthropologist discovers it and tries to uncover its mysterious roots. In her research, she reveals the first man who created this myth in the past. Father Stanislaw, a Catholic priest, saved that little Jewish girl (who later became the Grandmother in Tel Aviv) and returned her after the war to her Jewish people. In his personal journal he documented everything, to make sure the world will never forget. The chain of remembearers, therefore, moves from the present to the future and back to the past. The novel is written in 5 genres: story, legend, poems, science fiction and diary, creating a cycle of 150 years. And the Rat Laughed got acclaim for its use of unconventional and original literary devices and became a ground breaker for exploring the act of memory itself. How do we tell our painful story? Does it change while we recall it? How will our next recipient recall it in his own individual way? Is Art the only corridor to transfer emotional memory?

Award-winning Israeli and international author and playwright Nava Semel wrote more than twenty books of fiction, plays, scripts and opera libretti. Ms. Semel was born in Jaffa-Tel Aviv and received an MA in Art History from the Tel Aviv University. She worked as a journalist, art critic, TV, radio and music producer.  She died in 2017 at the age of 63.

About the Book Discussion Leader:

Lani Ravin is a land use planner, working for UVM. Previously she worked for VTrans, a regional accounting/urban planning firm, the Israel Lands Authority and a feminist organization in Haifa. In her spare time, she rides her bike, helps her local women's land trust survive, and reads subversive books. Now living in Burlington, she lived for many years in Israel. Lani grew up in the Bronx, which prepared her well for life in the Middle East. 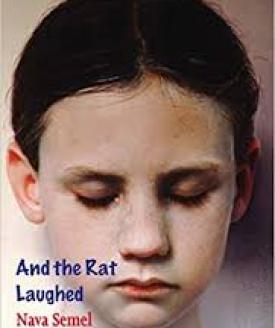 The Library will be CLOSED Tuesday 8/11. The building will be open as a voting location 7am-7pm.