This month's film is  Baadasssss!    This film is Rated R

The true story of black filmmaking legend Melvin Van Peebles energizes with heart, humor and raw attitude under the talents of his son (director and star Mario Van Peebles) on a ride that details the underdog effort to make an empowering black film against all odds. An inspiring and informative crowd pleaser! 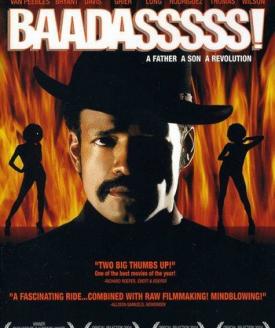