Join us for the Second Annual Jazz Brunch sponsored by the Friends of the Fletcher Free Library, on March 31st, from 10:30am to 1:00pm in the Fletcher Free Library Main Reading Room. Jenni Johnson & The Jazz Junketeers will perform to delight attendees. Tickets are $40 per person and may be purchased at the library, or with a credit card by phone (802.863.3403), until 6 pm Saturday, March 30. Limited tickets may be available for $45 at the door on Sunday, March 31. This event celebrates Women’s History Month, recognizing Women in Music and the role the Library plays in the cultural enrichment of our community. Community support is crucial in helping the Library provide free, inclusive and diverse programming to people of all ages. We look forward to seeing you on March 31st. 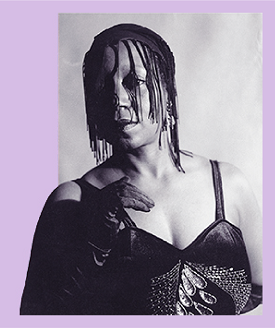 Listening to a fabulous repertoire of Jazz & Blues tunes highlighting women such as Ella, Billie, Bonnie, Sippie, Norah, Lena and others; Brunch by Firefly Catering; a Library gift and raffle entry. Attendees will enjoy a silent auction & cash bar.

The Musicans & their Bios:

Jenni Johnson, the band leader and vocalist of The Jazz Junketeers, was born and raised in NYC. She has been referred to as a “Renaissance Woman” because of the many hats she wears. Majority of the music Jenni & The Jazz Junketeers will be performing this evening are from the four recordings she has produced. Singing jazz, blues and funk has been a central part of Jenni’s life since her teen days in New York City, where she was born and raised.In the 1970’s, while working towards her Masters in Education, Jenni was involved in several musical productions at UVM, and sang in various settings, including local clubs, private parties, college campus events, receptions, fraternities and sororities. The 1980’s found Jenni completing graduate work and pursuing projects in Houston, Texas and Boston.  Among these was a unique repertoire of song and music which included a work she titled “The Billie Holiday Story.”  Another project kept her busy in a Boston recording studio producing demo tapes for Star Search and the Coca-Cola Company.

Jenni Johnson has been described as “a renaissance woman” in the many articles written about her in the Burlington Free Press, Seven Days, Vermont Woman the Rutland Herald, as well as for newspapers across the lake in New York State. Born in NYCs Harlem Hospital and raised in the Big Apple, she now resides in Burlington, VT. Her resume includes Supervisor of Physics and Counselor at Mass. Institute of Technology. Private counseling practice in Cambridge, Massachusetts. Her dual appointment at the University of Vermont meant working as a counselor at the Counseling Center and instructor for the College of Education. Some of Jenni’s community involvement over the years include: Commissioner of Parks & Recreation;(elected official) Ward Clerk; Board member Howard Mental Health; organizer of fund raisers for Alzheimer’s Association, Katrina flood victims, Honduras flood victims, and other humanitarian causes.

Jenni now combines her formal education with her passion for teaching fitness, coaching vocal-performance and performing music. She has an M.Ed. from the University of Vermont with credits towards a Ph.D and is a certified Fitness Instructor. Jenni says she’s still learning how to use her instrument, the vocal chords, with each performance. She has performed the song “Moonlight In Vermont” around the world in places such as Yaroslavl and Rostov in Russia, Paris, France and Montreal, Canada. In addition, she has sharpened her musical skills with opportunities working with national jazz/blues musicians from New Orleans. Jenni has become a regular presence around the State of Vermont. Her full, smooth voice offers an ideal format for the collection of American jazz classics, as well as, blues, swing and funk music. Your audience will be mesmerized by her unique style and versatile renditions. She’ll have them smiling from their souls, while their feet dance happily to the beat. Jenni has three album cd’s available.

Chuck Miller, choir director and accompanist, taught music at the Mary Hogan Elementary School and is now busy playing with The Red Clover Trio, Jenni Johnson, THT theater and MCP productions. Chuck studied at Berklee College of Music in Boston and graduated with a Bachelor's Degree in Music Composition.

Nick Warner was born in Boston, and grew up in Lexington Massachusetts.  Nick started  with the trumpet and music theory in  high school  with a 7-piece funk band and also in a contemporary jazz quartet.  After graduating Nick moved to Vermont and studied classical and jazz guitar. Warner has been performing on bass exclusively since the late 1980’s. He plays both  fretted and fretless bass in his own group and with many local musicians including the late Big Joe Burrell , Hallmark Quartet and others.  He has a Bachelor’s in Education. A Masters in Public Administration with courses in music composition, education,  performance and theory.  Nick lives in Burlington with his wife and son.

Originally from Philadelphia PA, Gus Ziesing started playing drums at the age of fourteen. While in high school, Gus was inspired by saxophonist and fellow Philadelphian John Coltrane and added saxophones to his repertoire.  He now includes the tenor and soprano saxophones and the clarinet when performing. Gus has performed with the Nzones, Xrays, Gidget & Ghandi, Barbacoa, and others.

In the early 1990s, Gus became interested in Cajun and Zydeco music of southwest Louisiana. He’s one of the few, in the area, playing one row and/or three row accordions most extensively in his band, Mango Jam. Gus has opened for the Neville Brothers, NRBQ, C.J. Chenier, and others. He is the owner and operator of Low Tech Studio, a recording studio in Burlington. Gus not only plays his horns when performing with Jenni but also a few tunes playing accordion.

Emily Ryan (a.k.a Mimi) is originally from upstate New York. She started playing the trumpet, at the age of 10 when living in Ontario.   Later on, in her teens, when Emily was living in Florida, she started teaching herself recorder and flute.  In 1971, Emily and her family moved to Vermont  where she finished high school.  At the age of 30, Emily decided to teach herself to play sax.  She has focused on playing the alto saxophone  for the past 32 years. Emily has performed with local Vt. bands like The Flames, Blues for Breakfast, Sandra Wright as well as playing with other bands when in the U.S. Virgin Islands. Emily’s main band to perform with is the Vermont based Zydeco-Cajun group ‘Mango Jam’. She has been with them since 1997.

Nick Aloi was born and brought up in Burlington, Vermont. Nick started playing drums at the age of 7. His main influence was his father (Zip) who also played drums internationally and locally. Nick played his first gig at the age of 14 and has been playing every since for  the past 50 + years. Nick’s father started him with lessons at a Burlington Music Store with owner and drummer Boyd Cheeseman, as well as,  lessons with other local drummers. Nick plays regularly with many different bands covering Jazz, Swing, Blues and more. He is the drummer on two of Jenni’s four CDs. Nick has also performed on international stages with Jenni in the Jazz over the Volga River Festival in Yaroslavl and Rostov, Russia which is one of Burlington’s sister Cities. Nick lives in So. Burlington with his wife Mary. They have several adult children who also live in Vermont.