Join us for a screening of the Jordanian film Theeb.
British-Jordanian Director, Naji Abu Nowar’s 2014 film set in the Ottoman province of Hijaz during World War I.  A young Bedouin boy experiences a hastened coming-of-age as he embarks on a perilous desert journey to guide a British officer to his secret destination.

Part of the In Translation series. 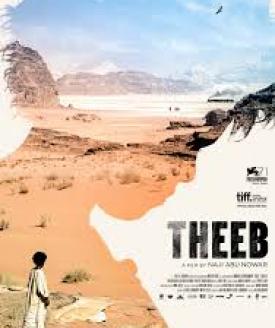