Join other readers at this online discussion on Zoom of Sholem Aleichem's Motl, the Cantor's Son
Contact: Barbara Shatara at bshatara@ burlingtonvt.gov for Zoom info and how to obtain the book.

Sholem Aleichem was one of the founding fathers of modern Yiddish literature and is one the most celebrated characters in all of Jewish fiction. Motl is the spirited and mischievous nine-year-old boy who accompanies his family on a journey from their Russian shtetl to New York, and whose comical, poignant, and clear-eyed observations capture with remarkable insight the struggles and hopes and triumphs of Jewish immigrants to America at the turn of the twentieth century.

Sholem Aleichem’s career focused on the changes and challenges facing Yiddish-speaking Jews at the turn of the twentieth century: political radicalism, anti-Semitism, “romantic” approaches to love and marriage, secularization, and modernizing economies. In Motl the Cantor’s Son (Motl peysi dem khazns), this exploration draws to a close by turning to one of the central experiences of modern Jewish history: immigration from Eastern Europe to the United States.

This book discussion was made possible by the Yiddish Book Center in Amherst, MA.

The Yiddish Book Center’s “Coming to America” Reading Groups for Public Libraries is a reading and discussion program to engage teens and adults in thinking about immigrants' experiences encountering America.

Using Yiddish literature as a portal, the program will feature Yiddish literature in translation that explores questions of identity, assimilation, language, cuisine, and generational change, presenting American identity as an ongoing conversation, a give-and-take between insiders and outsiders, and will compare these works written in the early 20th century to works by contemporary immigrant writers. 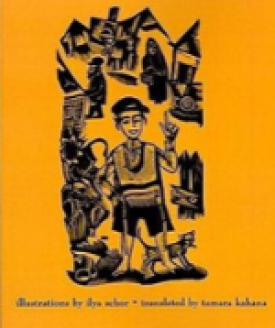